by Dr. Dana Stachowiak of The Educator Collaborative

In the wake of 45’s announcement that he is kicking transgender people out of the military, are you trying to figure out how to include transgender voices and narratives in your literacy practices? Consider this….

This is the only gender identity that has ever felt right to me. I am also white, and a PhD. My positionalities as such are important to name as I pen this – and really, as I move through my every day.

For me, genderqueer means that I sometimes identify with socially constructed male characteristics, sometimes with female, sometimes with both at the same time, and sometimes with neither. My genderqueer identity is transgender, although I don’t often identify as such. I am not cisgender. I use she/her pronouns, but don’t really care. I present as masculine-of-center. You don’t need to understand it; I just ask that you respect my identity. If you want to learn more, I encourage you to educate yourself, learn, and the ask.

I have been debating for the past month or so about asking if I can use this blog space to share my thoughts, or deciding if I should just set up my own blog and write away. I am, by training (and probably soul), a critical pedagogue. Outside of academia, my critical eye often gets read as “negative” or “angry.” I did not want this misunderstanding to reflect poorly on The Educator Collaborative if I blogged about something related to critical social justice (which is what I’d blog about, of course).

But, now – today – I can no longer stay silent. And this blog space is generously available. And I’m really not a blogger, so my attempt at creating my own space would most likely not happen.

Am I angry sometimes? Yes. Am I negative sometimes? Yes. But as a critical pedagogue, I don’t work from anger or fear; I work from compassion and radical love.  I study sociological patterns in the world and work to raise critical consciousness and strengthen social justice. I seek to educate others in ways that push them to grow their critical consciousness, check their privilege, and fight for social justice, meaningfully and purposefully.

I have been wanting to blog; though – not about what a critical pedagogue is – about something else.

Before I get into that, let me start by saying this: watching all of the AMAZING tweets fly through my feed from summer literacy conferences and events has been inspiring, hopeful, and hope-filled. I love, love, LOVE that minoritized voices and bodies have been shifting towards the center of these space and conversations. I LOVE the increased critical consciousness among many of my privileged literacy friends. I think the work happening is real, it’s powerful, and it’s social justice in practice.

What I have been wanting to blog about is the overwhelming invisibility of transgender people in the literacy world.

But I also need to tell you that this hasn’t come without my own inner conflict. I have to admit that I have been caught in this tension of being really incredibly happy and excited for the minoritized bodies and voices being centered in literacy spaces right now, and of being really angry that genderqueer people, like me, are not. Within this, I’ve really had to wrestle with my own feelings of worthiness, my own privilege as a white person, and the level of my own critical consciousness. I have continuously had to check these things, as well as continuously check to make sure I am moving through these with compassion and radical love, not anger or fear. Perhaps it is this tension that has caused my delay in blogging.

Where I sit in my thinking right now, at this moment, is that to be critical of the invisibility of trans people in the literacy world requires a dance in this tension. 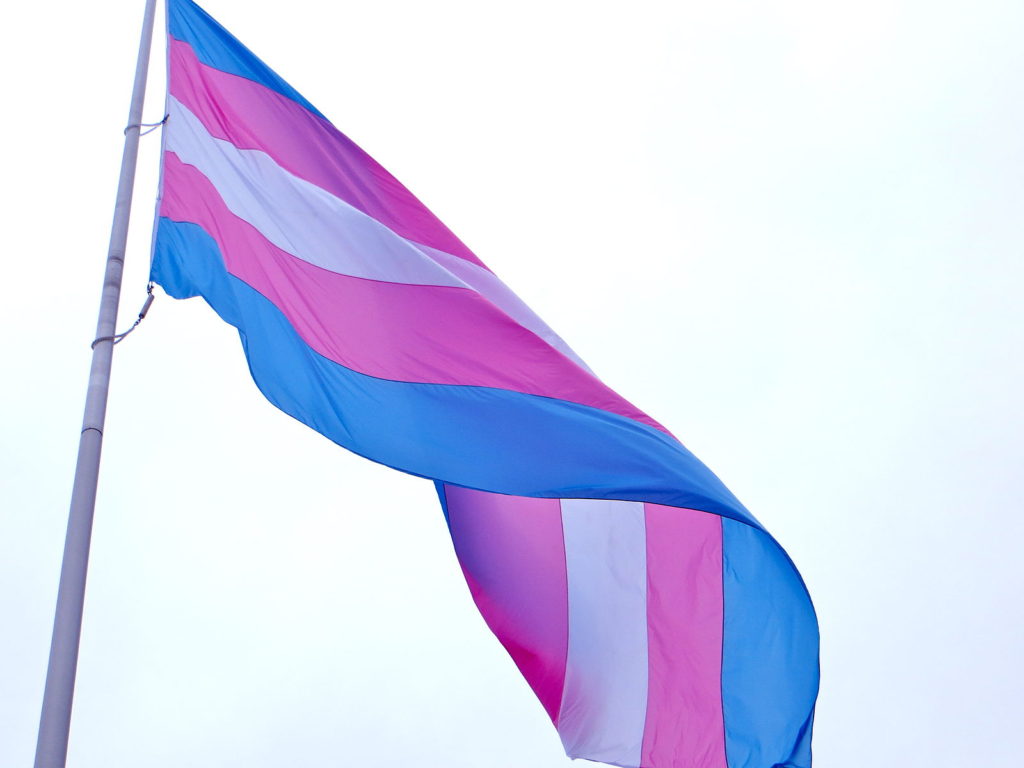 Talking about invisibility and what constitutes it is tricky. There is trans visibility in the lit world in some spaces and in some ways. I am one of those faces of visibility, and there are others (don’t’ count on me to list them off here for you – do your own work to educate yourself). What seems like invisibility to one, may not to another. But, as a genderqueer (read: not cisgender) person, I can tell you that the lack of conversations that center trans people is incredibly violent (yes, violent.).

Think really hard about that last one.

Because if you have been calling yourself a “social justice educator,” but only now want to know how to include trans voices and narratives, you need to check your privilege while you find those books.

Why does it take the horrific assault and murder attempt on Malala Yousafzai before Muslim female voices and narratives are included in literacy classrooms?

Why does it take the incredibly awful “research” by Ruby Payne (white, rich lady) before literacy educators thought about including voices and narratives of people in poverty? (Huge hint here: Don’t follow Payne’s framework. Like, ever.)

Why does it take the Dakota Access Pipeline to make news before Indigenous voices and narratives are included in literacy classrooms?

Why haven’t the ALREADY 15 murders of trans women of color in the year 2017 not motivated literacy educators to include voices and narratives of trans people in their classrooms?

I’ll tell you why: Because they didn’t make the mainstream news. 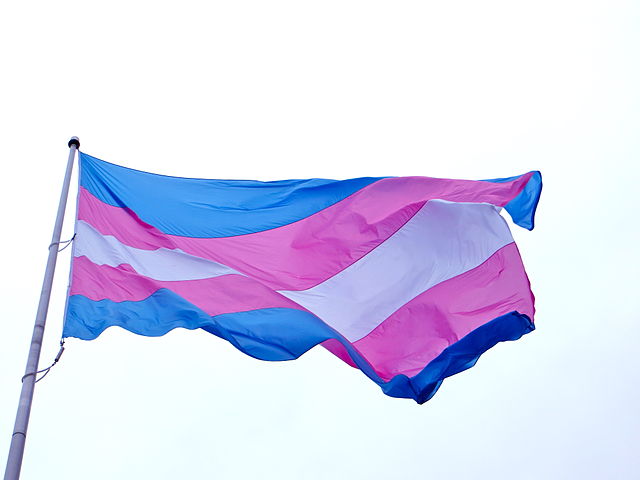 But 45’s announcement that he’s kicking transgender people out of the military did make news.

Why does it take the mainstream before minoritized voices and narratives are included in literacy spaces and practices?

Privilege is the answer.

White bodies, male bodies, cisgender bodies, Christian bodies, abled bodies, do not have to think or worry about any of the above scenarios – because of privilege. And because these are the majority of our educators (white, cisgender, Christian), the inclusion of minoritized voices and narratives does not have to be and is not taking up space. It only takes up space when other privileged voices say it should take up space. Or it only takes up space when tragedy happens and is centered.

And I’m not going to apologize for it.

This genderqueer person is not going to apologize for being angry because trans voices and narratives have not been centered in literacy classrooms.

This genderqueer critical pedagogue is not going to apologize for calling out literacy educators who are tweeting up a storm about what trans-centered books to include, where to get the books, and that they are “so worried about” transgender students now.

What I am going to do – with radical love – is encourage you to educate yourself. Buy those books. Include trans voices and narratives. But I am especially going to stress that you do this only while continuously checking your privileges and continuously remaining humble (read: you don’t know what you don’t know; be okay with that, and don’t give up learning about transgender issues just because you don’t “get it” all).

I encourage you to think about the intersectionality of identities. White cisgender people need to do more of this work than black or brown cisgender people because you have more power (your whiteness and your cis-ness). I could go on – but the point is that you should use every ounce of your privileges to fight for social justice in places where it is too dangerous for minoritized bodies to fight openly.

Remember that including transgender voices and narratives means more than thinking about boy and girl, male and female. We are past talking about “letting” boys wear dresses and girls wear short hair. We need critical conversations about gender identity that goes well beyond this binary.

I also encourage you to think about why you are hesitant, if you are, to include trans voices and narratives in your literacy practices. Are you afraid you’ll lose your job? You won’t (if you are cisgender). You can’t. Cisgender people have privilege, and with this privilege comes the power to fight. Cisgender people can’t be fired for standing up for what’s right, but in many states across the country, transgender people can be fired simply for being.

Yes, you might face backlash from a community of people who are against trans rights. But what makes a social justice educator is not just one who includes minoritized voices and narratives in their classrooms; it’s one who uses their privilege(s) to fight. And, trust me, the backlash you might face for including these voices in your literacy pedagogy is nothing compared to the daily backlash that transgender people face every single day.

Finally, I encourage you to sit in the fire. Sit with the worries, the tensions, the unknowns, the uncertainties, the power, the hype of the news, the anger, the desires to be a social justice educator. And be mindful and compassionate and operate with radical love. 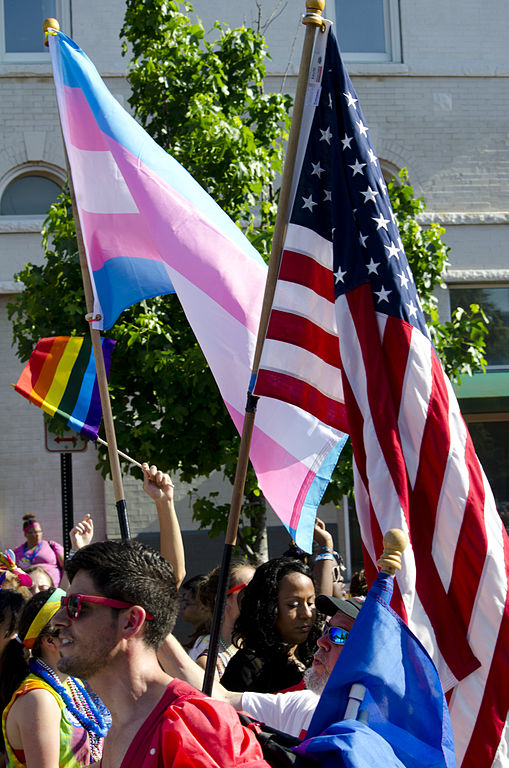 Recent posts from the personal blogs of our network of consultants!